TL;DR, Scriptless Script was initially invented to solve the problem of encoding smart contracts in Mimblewimble where signatures are the only way to express ownership. A key observation is that the aggregation and substraction of the schnorr signatures can be used to capture the semantics of a class of offchain protocols, leaving blockchain as an engine for verification as opposed to computation. This not only enables the smart contract capabilities for systems like Mimblewimble, but can also be used to improve the efficiency, fungibility and privacy of other blockchains such as Bitcoin. 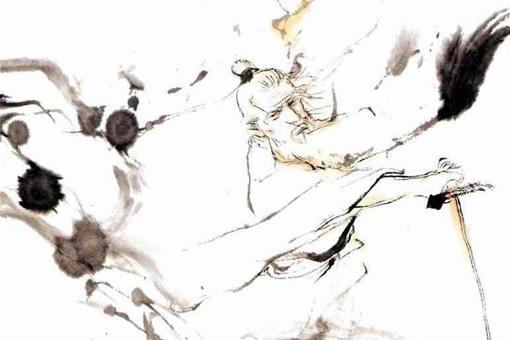 Mimblewimble implements confidential transaction which hides transaction amounts using pedersen commitment. One key realization is that the blinding factor included in the pedersen commitment can also be used to represent ownership of the coin. This turns out to be great win for scalability since the blockchain can be reduced to a very compact form via a mechanism called cut-through. It is also a further boost for privacy since third party analysts will end up with much less information to work with.

Specifically, unlike many other cryptocurrencies where the ownership of the coin is determined by the successful execution of a smart contract, the claim for a Mimblewimble based coin is solely dependent on if a verifiable signature can be provided for its kernel execess, which is the public key derived from the sum of outputs’ blinding factors minus the sum of inputs’ blinding factors (in practice, kernel excess is added as an extra zero-valued output in a Mimblewimble transaction to ensure that the sum of inputs and outputs’s amounts commitment adds up to zero). Since signature is the only way to authorize the movement of a Mimblewimble coin, no smart contract language is needed.

This does feel quite limiting since the ability to write smart contracts significantly increases the usefulness of the blockchain, lightning network is one great example of that. To solve this problem, Andrew Poelstra invented scriptless script which embeds smart contracts into digital signatures so that they not only represent the authorization of simple coin movements but also the successful execution of more complex logic such as multi-sig, atomic swap, etc. As it turns out, this technology is not Mimblewimble specific and could be used to improve the privacy, efficieny and scalability of other blockchains as well, including Bitcoin.

Before diving more into details, let’s talk a little bit about Schnorr Signatures since it is easier to reason about scriptless script there. Even though it can probably be achieved with ECDSA too.

The signature scheme used in systems like Bitcoin and Ethereum is called ECDSA, which was designed as a variant of Schnorr Signature to avoid its parent issues. Even though the patent expired in 2008, shortly before Bitcoin was invented, ECDSA was still much more standardized at the time. Other than that there doesn’t seem to be any techinical merits for Satoshi to choose it over Schnorr Signatures.

One of the biggest advantages of Schnorr Signature over ECDSA is linearity, which basically means that multiple schnorr signatures signed by different private keys for the same message can be verified by the sum of all their corresponding public keys. To understand how it works, we need to understand how a digital signature is constructed and verified with both Schnorr Signatures and ECDSA.

Let’s say we have a keypair (x, P) where P = xG (G represents the generetor on a elliptic curve). To sign a message, an ephemeral keypair (k, R) where R = kG needs to be generated first. Assuming that the message to be signed is m, in case of Schnorr, the signature would look something like this:

e is the hash commitment to the concatenation of P, R and m, all of which are public information. To check this signature, mutliple G on both sides of s = k + ex and verify that the equation holds.

Assuming that two parties (Alice and Bob) want to sign the same message together (multi-sig), and their keypairs are (xa, Pa) and (xb, Pb) respectively. Alice needs to generate an ephemeral keypair (ka, Ra), so does Bob with his (kb, Rb). Before signing, they exchange the public key part of their ephemeral keypair Ra and Rb to each other and construct their half of the signature:

This property is called linearity, meaning that with Schnorr, multi-sig signatures can be aggregated into one single signature and verifiers would have no way to distinguish it from other signatures, which is a great win for both privacy and efficiency. Note that in practice multi-sig is constructed in a more complex way due to the possibility of rogue key attack, but the essence remains the same.

This nice linearity property doesn’t hold for ECDSA since with the same keypairs, the formula for signature (s, R) looks something like this instead:

If Alice and Bob add their signature together, the result can no longer be verified by the addition of their public keys. Linearity is basically broken by the multiplication s*k.

With Schnorr Signatures, the fact that we could encode the result of a logic (multi-sig) into one single signature is interesting since it is in line with the design goal of Scriptless Script: embed interesting logic in signatures and keep it indistinguishable from the rest of the world. A simple multi-sig essentially utilized the ability to perform additions on Schnorr Signatures, Andrew Poelstra also realized that subsctraction on signatures can be leveraged to communicate a piece of secret information which is very helpful to express more complex logic. This is the idea behind Adaptor Signatures.

Adaptor signatures is designed to communicate an extra piece of secret information between two parties through multi-sig. Remember that Alice and Bob need to exchange the public side of the ephemeral keypair Ra and Rb before a joint aggregated multi-sig is created. If Bob also wants to sell a piece of secret information tb to Alice, the idea is that he can create an extra ephemeral keypair (tb, Tb) where Tb=tbG and communicate Tb to Alice alongside Rb. Right now, Bob is able to create a valid signature that includes (tb, Tb):

Number 3) gives Alice the confidence that if she somehow learns sb, she will learn Tb’s secret key tb by substracting sb’ from sb. She then feels comfortable to send her coin to a multi-sig address jointly owned by Pa and Pb, along with her signature (in reality, Bob might disappear, so it’s important for Alice to have recourse to that, but that is not interesting for this discussion):

One might wonder how useful is it to buy a secret this way. It turns out that if we can prove this secret is the solution to an interesting problem without revealing the secret beforehand (using zero knowledge proof), it might open up a lot of applications. This protocol is called zero knowledge contigent payment and is commonly expressed in Bitcoin as hash-locked transactions. The advantage of using adaptor signatures instead is that the resulting transaction is completely indistinguishable from any other transactions, providing much greater fungibility, privacy and efficiency. It also offers a way for systems like Mimblewimble to achieve the similiar functionalities without requring a Script like language.

Alice and Bob can also use adaptor signatures to accomplish atomic swap by executing essentially the same protocol in parallel on two chains.

Next, Alice and Bob exchange the ephemeral keypairs on both chains, to follow the same convention, (ka_A, Ra_A), (kb_A, Rb_A) on ChainA and (ka_B, Ra_B), (kb_B, Rb_B) on ChainB. On top of that, Bob generates an extra ephemeral keypair (tb, Tb) and share it with Alice on both chains. Bob’s signature could eventually look something like this:

However, just like what Bob did before, he sends Alice his adaptor signatures sb_A’ = kb_A + e_Axb_A and sb_B’ = kb_B + e_Bxb_B for her to verify. After Alice feels confident that Tb’s secret key tb is the one needed to get sb_A and sb_B from sb_A’ and sb_B’, she sends her part of the multi-sig signature on ChainA to Bob:

Bob can produce an aggregated signature signatureJointMultiSigChainA by combining aliceSignatureChainA and bobSignatureChainA to take Alice’s coin on ChainA, as shown below:

At the same time, knowing sb_A’, Alice can calculate the secret value tb by substracting sa_A and sb_A’ from s_A. Since Alice also knows sb_B’, she can also use tb to calculate a valid joint signature signatureJointMultiSigChainB on ChainB to take Bob’s coin, accomplishing the process of atomic swap.

Again, from the perspective of the blockchain and the rest of the world, only simple signatures are involved in those transactions, greatly improves privay, fungibility and efficiency,

Scriptless script can be used to express other smart contracts as well. For example, Jonas Nick presented a way of encoding blind signatures in scriptless script. Mimblewimble also maintains a list of contracts that could potentially be implemented using some of the ideas from scriptless script. There are some open questions too, notably how to encode timelocks and 3+ multiparties protocols.

Scriptless script can potentially take a class of smart contracts offchain, as long as their effect can be encoded in secret values and embedded in signatures. For those use cases, blockchain becomes a mechanism to verify or enforce smart contracts instead of computing them, which is perhaps what a it should do. As a result, it can be a great win for efficiently, fungibility and privacy.