Worth Moving to Sweden as Engineers?

TL;DR, Even though wages have risen a lot for engineers in fast growing economies like China or India. From my perspective as a Chinese who’s been working here for many years, Sweden might still be a very attractive place to work and settle depending on who you are, primarily for the following reasons: 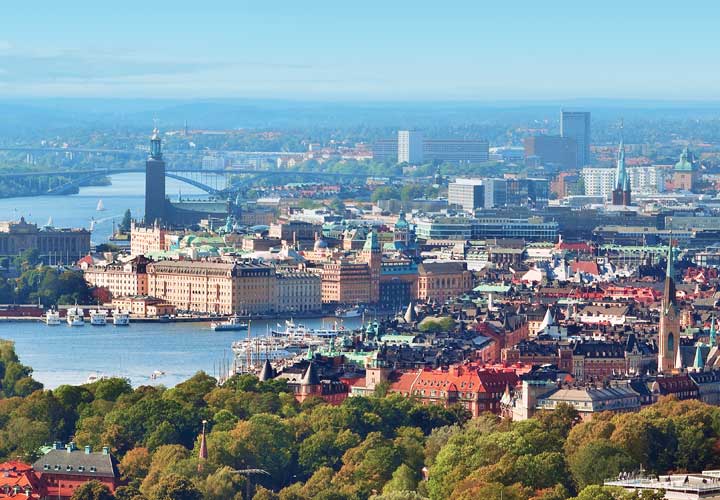 It was certainly a much easier choice when I decided to stay and work in Sweden 10 years ago, back then Ericsson had a much stronger employer brand than Huawei even within China. Swedish entry level salary for a software engineer was about 3 times more than what top tier companies in China could offer. Plus, I was young. The sheer thought of experiencing the Swedish working life made me excited.

Things has changed quite a bit in the past 10 years. China more than trippled its GDP. Tech giants such as Huawei, Baidu, Alibaba, Tecent, etc had transformed themselves into world class companies and become attractive employers which offer very competitive compensation. Startups are booming as well, roughly half of the world’s Unicorns in the past decade are from China.

Having witnessed all these, I would be lying if I said I never questioned my decision 10 years ago. However, from the bottom of my heart, I still feel fortunate that I made that decision, but with the realization that Sweden is perhaps not the best fit for everyone who considers to work abroad, especially those of us coming from a developing but fast growing economy.

Top tier Chinese internet companies now offer higher salary compared to their Swedish counterparts. But comparing income between Sweden and China or USA is pretty much like comparing apple to oranges without also taking big personal expenditures and social cost into account. In Sweden, a significant part of your income is essentially invested as savings in its social welfare system.

Comparatively speaking, Swedish salary is discounted for the following reasons:

One of the biggest living cost in Sweden is housing, as does in China. As a matter of fact, if you are looking to buy, the real estate price in some of the bigger Chinese cities where most of the tech giants are located has already exceeded Sweden, so it is not too much of an issue. The subsidized housing loan (right now it stands at around 1.x%) in Sweden only makes things easier. It is a bit trickier though for rentals since it is not always easy to find one and the price-to-rent ratio is much higher in China than Sweden, so expect to pay a bigger portion of your salary on that.

Other living cost such as food and transportation is expensive too, but with a reasonable salary you could live comfortably well. In general, Swedish population enjoy very high standard of living.

Most of the Swedes are OK with paying a lot of taxes. Ideology aside, people do get a lot of value out of it. Social security is pretty robust and provides a solid safety net in case of unemployment, sickness/disability or hard economic situation in general. High quality health care is virtually free and equally accessible for the entire population. When it comes to having a family, Swedish welfare system provides one of the best support in the world. New parents receive up to 480 days paid parental leave with an optional 3 months unpaid leave combined. Child allowance is also given out to help alleviate the burden of raising children. Parents do not need to set aside money for their children’s education since it is pretty much free from day care all the way up to the college. College students usually receive financial aid to cover living expenses in the form of grant and low interest loans.

Our son Filip was born a little more than 2 years ago, we are so extremely grateful for the level of support we received from the social security system. From the prenatal care and testing during my wife’s pregnancy to the final delivery at hospital, the entire process was carefully planned and well structured. It removed a lot of uncertainties and alleviated much of our worries as first time parents. On top of that, we don’t need to even think about the bills. Before Filip turned 15 months, we took turns to take paid parental leave to stay home with him. Even though I work at an early stage startup, people understood and respected the situation. After he turned 15 months, we sent him to day care which costs around 1380 SEK per month including breakfast and lunch. Considering the fact that we also received about 1200 SEK child allowance every month, it is basically free.

Raising kids could have been so much harder had we stayed in China. We might have to take on much heavier financial burden with services of lesser quality. Grandparents are supposed to be the “free” day care by social contract and if that for some reasons doesn’t work out well, it would quickly become problematic. Good quality educational resources per capita is just much more scarce in China which entails fierce competition. It seems to be an endless battle for both parents and kids to get a spot in a decent school every step of the way, both in terms of fees and energy. Things are just so much easier in Sweden.

Couples are encouraged to both work full time in Sweden since it not only promotes gender equality but also brings more social prosperity. So when you move to Sweden with work permit, your spouse can easily obtain a work permit as well. Free day care (almost) is another thing designed to give couples financial incentives to both work full time. Also, taxation is not calculated per family like in some other European countries but at the individual level, which financially discourages single income families. Good to keep that in mind.

One thing that I really appreciate Sweden is that it is a well functioning and structured country, you don’t have to maintain extensive connections (or Guanxi in Chinese) to get the basic stuff done. Most of the things can be solved by following the rules which are usually well defined. In my mind, needing to maintain unnecessary connections is a form of social cost and the society would be better off without it. If you think you’d rather spend your time on stuff that matters to you, you’d appreciate that as much as I do. Things like the punctual and pervasive public transportation is another manifestation of that.

One caveat is that in countries like China, due to the much weaker social safety net, people take more responsibility of their own financial future, usually through the means of saving. In fact, in average Chinese saving rate is about three times more than that of Sweden and is among the highest in the world. Usually a big part of saving is allocated for Children’s education, marriage or when serious sickness strikes themselves or their parents, most of which is not an issue in Sweden. However if you do have siblings you need to support or aging parents whose health insurance isn’t that great in your home country, Sweden might not be the best option for you since you will probably not be able to save as much.

In a world where polarization of wealth and lost of principles become commonplace, Sweden for me is a beacon of hope. However, many of the traits that give Sweden her identity is also in my mind a double edged sword. I don’t agree with all the policies it’s taking, especially when it comes to immigration, but I can’t come up with any solutions either without making Sweden “un-Swedish”. Nothing is perfect. In general, I still believe in the path that Sweden is taking. Do your own research, see what you feel if you wanna move here long term, since those are the things you might need to deal with in the future.

Sweden is the home of skilled builders and one of the most innovative economies in the world. Established companies and brands aside, Sweden produced 4 Unicorns in the past 15 years, which is perhaps the highest per capita among all countries. Due to the relatively small domestic market, even Startups are aiming internationally at very early stage. So engineers might have a bigger chance to join a journey that makes a global impact than most other countries.

One manifestation of equality in Sweden is that most companies are less layered and implement what’s called flat hierarchy. Employees are trusted to be involved directly in the decision making process rather than being instructed by layers of supervisors. Of course as companies grow larger, they can not be kept completely flat forever, but in regular big companies, hierarchies are in many scenarios too excessive and counter-productive. As someone from a very hierarchical society like China, I really enjoy working in Swedish companies, partly because I am not that interested in climbing up the management ladder but more interested in having a better technical career. In China, managers enjoy much higher social status than engineers because of the power that hierachical organization enables. Many good engineers are “forced” to take on a management position even if it turns out to be a bad fit and waste of talent. In my opinion, one of the reasons that Sweden became an innovation center in the world is because engineers can just focus on their technical career without getting too much social pressure to become something else.

Work life balance is great in Sweden. You are not expected to work over time in most of the companies in Sweden. In contrast, working under high pressure is not uncommon in many Chinese tech companies. Huawei is notorious for expecting employees to work overtime on a regular basis, an important part of its wolf culture, Xiaomi and other Startups even has something internally called the 996 rule (working 6 days a week, from 9am to 9pm) before they went public. If you are the type of people who enjoy and thrive in this type of environment and expect to be compensated accordingly, most of the Swedish companies are probably not for you (except for some early stage Startups, even that is voluntary). Personally, I believe a culture that forces people to devote their lives disproportionally to work might be necessary in some rare circumstances and could give companies a competitive advantage short term. But at a macro level, good work life balance makes happier employees and citizens, reduces social frictions, and ultimately benefits the entire society in a sustainable way.

From my observation, Sweden is a great place to work if you want to focus more on your technical career since there are enough social respect and less distractions. It is of course still possible to become a company leader, but you probably have to overcome the language and culture hurdle to a much larger degree (again, except for some very international Startups, the likes of Spotify or Klarna, etc). If your home country is growing fast economically it would just be so much easier to stay there if your ambition is to climb as much corporate ladder as you can.

To summarize, I feel very happy that I made the decision to stay in Sweden 10 years ago. For me it is very special to be able to understand and feel connected to two people and countries that can’t be more different in many regards. Hope this post is useful for you, but just like anything else, DYOR! :)