Some Challenges of Freedom of Speech

If there exists a superintelligence system that posesses all the knowledge and truth of the world and is able to always process it with the most “optimal” algorithm, no matter what circumstances are, perhaps planned economy would become a better mechanism for resource allocation and growth generation than market economy. In fact, if such a superintelligence system happens to have the capacity and intention to advance human society as a whole, maybe the most sensible thing for us to do is to follow its lead.

Fortunately and unfortunately, this superintelligence doesn’t exist, at least not yet. History seems to have shown repeatedly that no matter how capable and well intended an individual or a group of individuals are, it is difficult for mere mortals to be the guardians of information for everybody without suffocating the society. On top of that, such power almost always leads to Orwellian like state: Power corrupts; absolute power corrupts absolutely. Many have fought and continue to fight for the right of freedom of speech as a response to that.

From the societal perspective, freedom of speech as a mechanism as done a remarkable job so far to continuously generate ideas based on new circumstances so that humanity can be equipped with more knowledge and societies can evolve from one consensus to the next. It encourages the contribution from individuals with different skillsets and perspectives; It provides a market place where ideas can be challenged, debated and tested; It also protects the “unorthodox” ideas from being suppressed by the powerful status quo consensus. At a higher level, it is a dynamic, decentralized, bottom up approach to achieve collective goals, analogous to biological evolution or market economy in their respective domains.

However, information has some interesting properties. One of them is that the cost of verification is asymmetrically higher than the cost of generation. This might not be very obvious before the age of Web 2.0, when both information generation and distribution were still controlled by mainstream medias. In that era, the flow of information within society was still relatively simple due to its largely hierachical nature. The media outlets basically took on the responsibility to verify and filter their contents for their audiences. However, in the past 15 years or so, new technologies such as social media platforms have essentially democratized the ability to generate and distribute information. Putting aside the benefits this must have created for a moment, with the explosion of user generated content and the flow of information that is orders of magnitude more complex, the overall cost of information verification at the societal level must have skyrocketed. This puts companies such as Facebook in an extremely tough spot. With billions of users from different countries, the sheer amount of information that needs to be moderated as well its complexity is astonishing.

This begs the question: should they play the role of truth arbiter? If they should, can they theoretically and practically keep up with the continued explosion of information when it has such an inherent asymmetric property? If they shouldn’t, what is the effect of forcing this responsibility to the individuals when most people neither have the time nor expertise to sufficiently identify misinformation? When freedom of speech is enhanced so much by technology, it seems logical that more moderation (i.e. censorship) needs to happen somewhere in the information flow to keep the verification cost in check and prevent the overall quality of the information from decaying. Who should do that? To which extent should they do that? Is this against the very spirit of freedom of speech?

Another property of information is that it thrives in big networks and therefore creates network effect. If there are many diversified, competing platforms that people can easily migrate, these platforms could compete on the ways that the information is moderated and probably wouldn’t cause significant issues at the societal level. The problem is that due to the network effect, we end up with a handful very large and powerful ones that are not diversified enough when it comes to information moderation, which poses systematic threat to the freedom of speech. These companies are also dorminated by similiar business models: harvest user data, create echo chambers to increase the stickiness of the platform and make money by selling ads to the users. Freedom of speech includes the freedom to hear. These profit oriented algorithms implicitly impose constrains to the flow of information and have profound impact to the quality of the information we consume. “Garbage in, Garbage out”. The implication of this to the quality of the democracy over the long run remains to be seen. 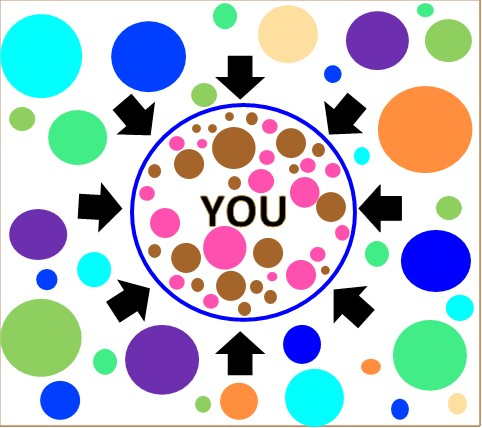 Even though the quality of information is crucial to the quality of democracy and there is a risk that the ads model is fundamentally incompatible with societies’ larger goals. It seems that the industry still struggles to find a good replacement for it. Ads model has an ingenious property that is often underappreciated: it is incentive compatible for most of the participants within the system. Majority of the users always prefer convenience and immediate economic benefits. A “free” product paid by your attention instead of money is still winning the usability battle at least with the current state of the technology.

Another threat to freedom of speech is the extent to which its alternative models can succeed, even temporarily. Human societies have gone through times where there were explosions of scientific and technological breakthroughs. However, other parts of the human history is filled with incremental improvements or even staganations. Freedom of speech as an idea generation and selection mechanism is much more valuable in periods of breakthoughs. Arguments can be made that science has been staganating in the past 40 years and we are just reaping the benefits from the research done by the generations before that. It is unclear if this is temporary and how long this would last. Under this assumption, societies emphasizing more on freedom of speech might not get enough benefits for its cost, whereas countries that actively censor information might be able to reach social consensus much more effectively without incuring an unbearable cost of losing the battle of innovation. Of course, this dynamic could change under different circumstances, perhaps this is one of the hidden forces that can influence the rise and falls of the civilizations that focus more on individualism vs collectivism.

How many flowers should be let bloom?