I am a typical “average Joe”. Just like many other “average Joes” I dreamed of achieving something more than average since I was very little. Now that I reached a point in my life where many at my age have come to accept the fact that nothing extraordinary is ever gonna happen in their lives, I am still stuck in the phase of denial. 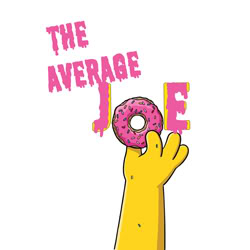 If you ain’t an “average Joe”, you won’t understand what it feels like to be one. You are neither physically attractive nor intellectually superior. Your habit of procrastination sometimes makes you hate yourself with a passion. Your perseverance fluctuates at the mediocre level and you have rarely achieved anything that makes you feel truly proud of yourself.

One problem of an “average Joe” when he’s still in denial of reality is that he has exactly the same kind of dreams as his exceptional fellow human beings. Although when he ain’t able to convert those dreams into reality, he most probably will come up with (often lame) excuses to cover up the actual reasons that are so much more difficult to admit: lack of discipline, perseverance and perhaps the ability to do things in a smarter way.

As to myself, I am just hoping to get stuck in the phase of denial a little longer. I am still learning and will continue to take notes.